MEET THE DRIVERS
ABOUT OUR FLEET
LEADERSHIP

We specialize in moving non-hazmat, dry goods across the southeast.

We frequently have trucks available in Nashville, Dallas, Charlotte, Atlanta, and Joplin.  Have a load anywhere in the Southeast that needs to head to Nashville? Let us know. Use the contact form to get in touch or live chat for instant help.

We are honest and dependable.  Our drivers are professional and courteous. 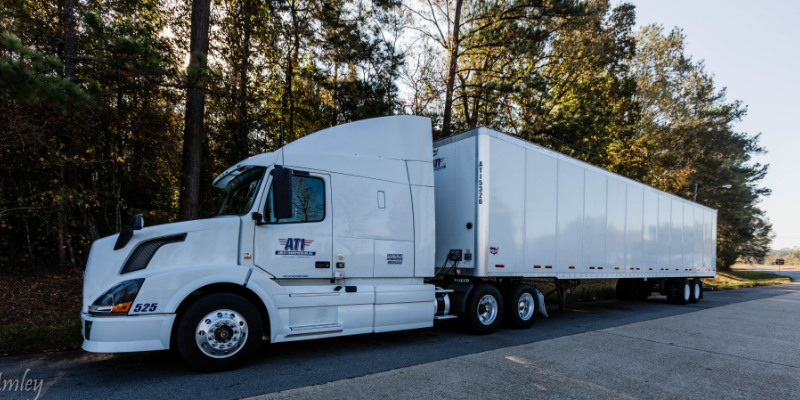 Meet the drivers at Amley Transportation

To our Clients, your freight is in good hands.  Using our driver-first approach and treating our drivers well, reflects highly in our Safety Record and our On-Time Delivery Performance.

It is easy for our drivers here at Amley Transportation to give good service, when they are not worried about family time, and they are not overworked, and they have comfortable, safe equipment to drive.

For a trucking company, success is found in it’s drivers. But even the best drivers need something to work with.  We know that a driver won’t be happy working in sub-par equipment.  We believe in operating our company with a fleet of trucks that are purchased new and removed from our fleet before they reach 500,000 miles.

We have been a fleet consisting primarily of Volvo Trucks.  We have formed a partnership with Volvo that has been very beneficial to us and our drivers.  Volvo has a very innovative product that has proven reliability when properly maintained.  Our trucks are equipped with many features that enhance safety comfort.

For a small company, our Maintenance Program is second to none.  Drivers are not required to use their time waiting for routine maintenance.  We take care of that for you!  All maintenance is tracked and recorded in our office.  Most of the maintenance is performed at our terminal while the driver is at home.  By keeping a fleet of trucks that are the same brand, we are very familiar with the maintenance schedules and know all of the ins and outs of the new technology on the trucks and keep close watch on all maintenance items.  We also have mechanics at our terminal each day to perform maintenance and small repairs.

We know that a trucking company is only as good as its drivers and the people who lead them….

With a lifetime of experience in the industry our leadership team have many qualifications that give us an edge to success.

Background – In his early adulthood, Ward began driving small delivery trucks, where he acquired a taste for the steady work it presented and the freedom of working outside of confined walls.  He eventually hired on at Skyline Transportation in Birmingham AL, where he began as a Dock Worker/Driver.  Ward’s desire to advance, and his ability to adapt to any new responsibilities propelled him through his rolls at Skyline. He performed and excelled in all of his rolls including, Local Route Driver, to Dispatcher, then to Sales and Terminal Management, and he pinnacled as the Regional Director for Skyline during their last years as a LTL company.  When Skyline sold their LTL Division to Old Dominion, Ward decided to work on a company of his own.

Background – Right out of school, Jake served in the Marines for 7 ½ years, where he served as a business administrator.  Jake developed a never quit work ethic and the ability to adapt and overcome any adversity.  Upon Jakes voluntary discharge from the Marines, he began working at Skyline Transportation on the Dock and within the first three months earned his CDL and began driving a local city route.

During the winter of 1998 Ward and Jake both bought trucks and became owner operators doing over the road trucking.  During their time together as owner operators they came up with a business plan and teamed up to create Amley Transportation.

Together as a team, Ward and Jake each have skills and personalities that keep the company balanced.

Background - With over 25 years experience, Jeff has been around trucks most of his adult life. Jeff worked as  a driver for Amley before he moved into the office.  He has been on both sides of the company and brings a unique perspective into the office.  Jeff’s dedication to the company shows in our service, using his expert communication skills he allows for cohesive communication between management and the drivers.  Jeff also tracks drivers, and loads and reports status updates to our customers.

Meet the Drivers
About Our Fleet
Leadership

What We Haul
What to Expect
Safety